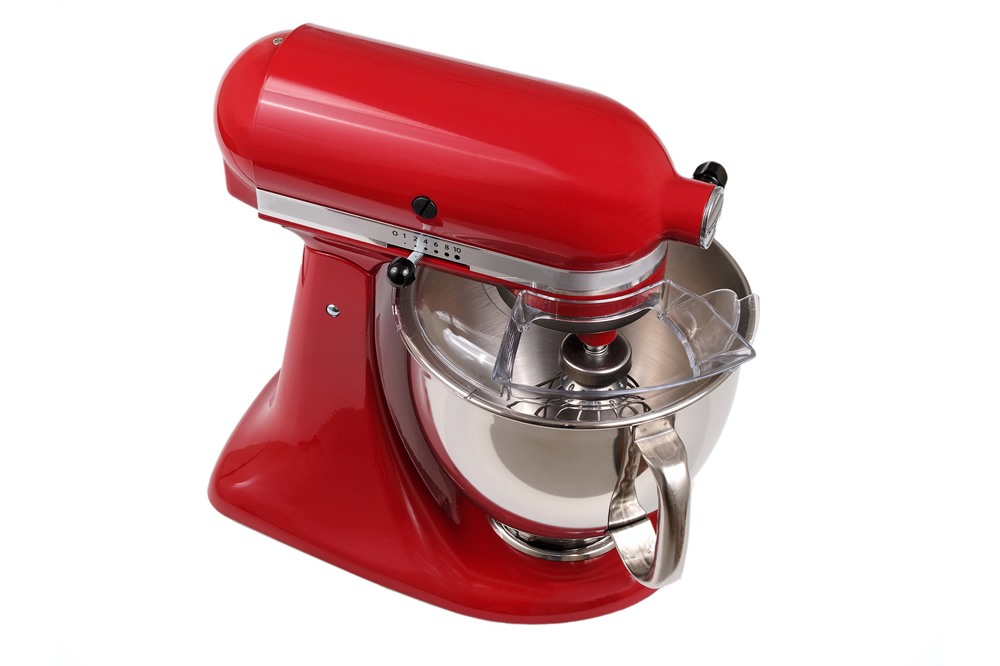 The product is sold with all original products as well as additional attachments such as the flat beater, wire whip, and a dough hook. Also, you get an instruction manual as well as the bonus 67 recipes found in the new product.

This mixer also comes with a 6-month warranty which is guarantees that in the event of failure or faulty issues, the manufacturer will repair the item. Buyers can also increase the warranty period.

NOTE: You will be required to pay an extra fee if you want to increase the warranty period on this product.

Although we felt like it was a costly mixer, it is still a bargain since you are paying half the price for the same product which is even way more expensive when it’s new. Nevertheless, in terms of performance, the product still works as good as new and as mentioned before it comes with all its original parts and resources.

Below is a summary of all these and more features as well as benefits you’ll find on the KitchenAid RRK150BK Artisan Series 5-Quart Tilt-Head Stand Mixer: 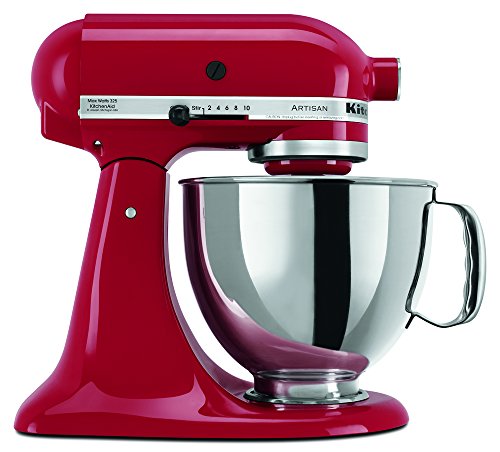 This is yet another refurbished product from one of the leading kitchen appliance manufacturers, KitchenAid. It’s a great buy considering it’s the same product but for half the price. Despite being a refurbished item, the KitchenAid RRK150BK mixer is sold with all original parts and accessories.

Keep in mind that the term “refurbished” in no way suggests that the item is faulty or lacks in performance. KitchenAid has partnered with a third party to ensure that these refurbished products look and perform as good as new.

As mentioned earlier, this KitchenAid mixer is sold with a manufacturer warranty of up to 6 months, something that you wouldn’t expect to find in a refurbished product. Also, you also get an instruction manual as well as the bonus recipes that usually comes along with the new products.

The only missing item is a pouring shield. Expect a few spills especially when adding the last half cup of flour. It is not that big of a deal though.

Expect to see minimal scratching on the finish, but such scratches are not noticeable unless you are looking for them.

Both these mixers fall within the same budget price range (which leans a bit on the higher side). However, both mixers come with additional shipping charges which, overall, result in a pricey refurbished mixer. There are new mixers which go for the same price when you factor in all costs incurred to deliver the product to your home or business.

Other similarities have to do with things like power output and bowl capacity. Similar to the KitchenAid RRK150BK mixer, the RRK150OB mixer has a bowl capacity of 5 quarts. In addition, both bowls are made of stainless steel. In terms of power output, both mixers have a 325-watt motor with ten speeds.

In addition to having the same power output and speeds, both products have the all-important tilt-head feature which makes it easy to access the mixture and remove the bowl for cleaning. When it comes to cleaning, both bowls and attachments are dishwasher-friendly. This means cleaning and maintaining are a breeze.

Overall, both these products perform quite well and are worth every penny you spend. There are no significant differences except for the color shade (imperial black and onyx black).

Buying refurbished products is always a tricky undertaking especially because you never know whether the product will work as good as a new one. The KitchenAid RRK150BK Artisan Series 5-Quart Tilt-Head Stand Mixer performs impressively, and if it were not for the few scratches and the lacking pouring shield, you wouldn’t have known it was a refurbished mixer.