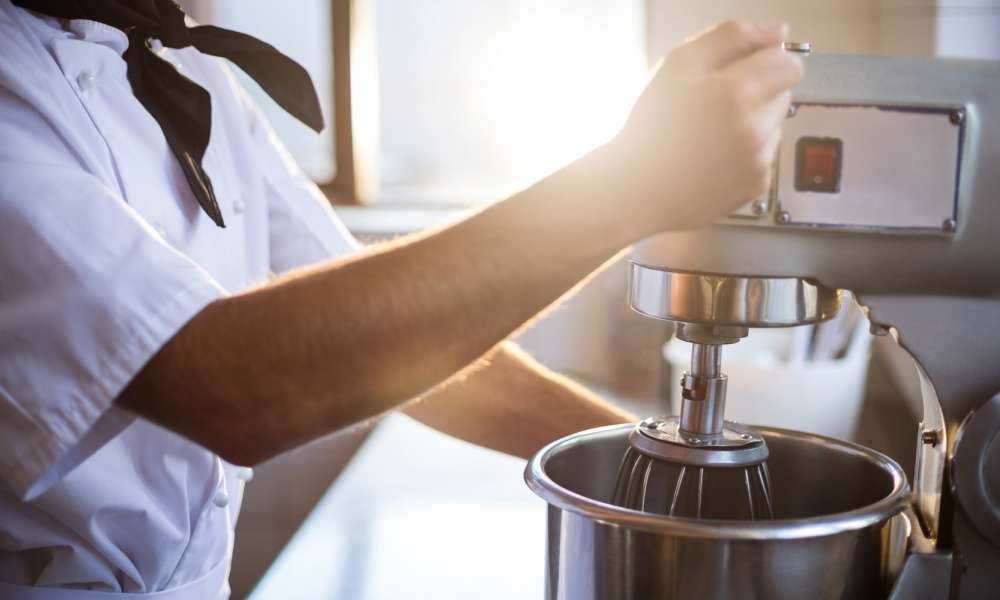 We all know what it’s like to have to make three separate batches of cookies because we couldn’t fit everything into a regular sized mixing bowl. You can throw all the ingredients in and go at it with your hand mixer, but the bowl will never be big enough and you’ll just have to keep redoing the dough until you get the amount of food you need.

The struggle is real, but it doesn’t have to be. Why should you keep making several batches when all you need is a larger mixer?

With stand mixers, you get a much bigger capacity for your recipes with more powerful mixing. You see them on television all the time, that huge mixer that sits on the end of the chef’s island. They literally walk up, toss in the ingredients, set the mixer speed, and walk away. Don’t you wish you could do that? It’s easier than you think.

See, that giant mixer is just one of many stand mixers on the market, and since we can’t all be professional chefs, we’ve found some affordable and sturdy options that you can buy for your home. They come from Hamilton Beach stand mixer reviews, so you’ll know you’re getting a great appliance at a good price.

Where Can You Get One?

Hamilton Beach makes a ton of different kitchen products, but it makes some pretty snazzy stand mixers, so we’ve pulled Hamilton Beach stand mixer reviews to show you. Did you know that they made a hand mixer that doubles as a stand mixer?  Well, they do!

The hand mixer just pops on to the stand to turn it into a heavy duty mixer, then pops back off to become mobile again. It’s got 290 watts of power to go with its trademark shift and stir bowl for easy mixing. It comes with the usual attachments, the beaters, whisk, and dough hooks, and has six speeds with a quick burst setting.

This nifty gadget also has a bowl rest so you won’t be losing batter all over the counter. The four-quart mixing bowl also makes greater quantities easier to work with.

The hand/stand mixer got three out of five stars because they sometimes have difficulty with the mixing actions and the bowl. They say that they have to continually stop and scrape the bowl, and that the bowl doesn’t stay still on the stand.

Another consumer said that the controls were difficult to change, and that it would jump speeds because the knob is hard to slide. Keep in mind that it is a hand mixer with a stand to double as a stand mixer, and is not a full on stand mixer like some of the other options at hand.

What About a Sturdier Mixer?

While the “kill two birds with one stone” mixer may not be the sturdiest, don’t give up hope because Hamilton Beach has definitely got a mixer you’ll love. One of their popular options is the classic six speed stand mixer. Hamilton Beach stand mixer reviews show that this one gets 4.3 stars out of 5.

There is literally only one bad review on this mixer, and it was because the buyer didn’t quite like the function of the mixer. Some fit and some don’t, and that’s exactly why you have to find the perfect mixer for you.

The Hamilton Beach six speed stand mixer has a 300-watt motor and a three-and-a-half-quart bowl for large capacity mixing needs. It comes with three attachments and a fold setting as well, so you can add flour to the mix without dusting everything within a three-foot radius in white.

The flat beater, whisk, and dough hook are also capable of the machine’s complete bowl coverage feature, so you won’t have to stop and scrape every so often to keep the mixture going. The two-way rotation ensures that you can toss in the ingredients and walk away and it will all be mixed precisely and professionally.

There is one Hamilton Beach mixer that stands out above the others. They have a series called Eclectrics, and they’re fully constructed with metal, so there’s no worry of breakage. They use two-way rotation technology and a constant flow of power from the 400-watt motor to ensure prefect mixtures.

It also has twelve speed settings to use with the three different attachments that are included in your purchase. Who doesn’t need a dough hook, whisk, and flat beater? Those attachments knock out every tasks you could think of when it comes to using your stand mixer.

It also comes with Hamilton Beach’s three-year warranty, so if anything every happens to it, they’ll take care of it. It’s got a quick release button on the head to make tilting it up to remove the bowl super simple and fast. How efficient is that?

With four and a half stars out of five, it seems to be the top choice among the Hamilton Beach stand mixer reviews, with the only complaint being that a buyer in particular didn’t like the sound. They said that the lowest setting sounded terrible, as if the gears hadn’t been greased before the machine was assembled. That’s any easy fix, and Hamilton Beach will take care of it.

Stand mixers can have a pretty serious impact on your mixing and cooking times, so they can be handy for nearly any recipe you might think up. Hamilton Beach stand mixer reviews are all fairly positive, so it’s pretty safe to say that this is a good brand to go for. Whether it’s batter or dough you want to mix up, these mixers can take on the task and get it done quickly and efficiently.