The market is full of different types of mixers. One category of mixers is the stand mixer. These type of mixers are generally expensive. However, they can handle some of the toughest blending, mixing, and whisking tasks, which makes them quite popular among cooking enthusiasts.

If you like homemade breads, pasta, and other such things, then you must surely opt for a stand mixer for your kitchen. However, the costly price of these mixers can pose a hindrance in your endeavor of buying a stand mixer.

With our article on best affordable stand mixer, you do not have to worry about the high price of stand mixers. We bring to you the three best stand mixers, which are offered at a reasonable price to fit your budget. So, take a look at these three best reasonably priced stand mixers. 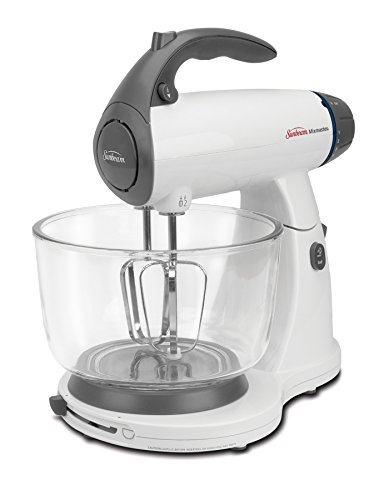 The Sunbeam MixMaster stand mixer comes in white color. It runs on 350 watts of powerful motor, which ensures thorough mixing. This stand mixer has 12 different speed settings. These different settings allow you to precisely as well as quickly mix all the ingredients of your recipe to perfection, including fold-kneading, stirring, blending, mixing, creaming, whipping, and much more.

This Sunbeam stand mixer is equipped with soft start technology. This mixing function helps in minimizing unnecessary messy and splatter flour puff by lightly accelerating to the chosen speed after starting up. Its soft grip handle allows you to easily hold the mixer and complete all your mixing tasks with ease.

Moreover, the handle of this stand mixer features a burst-of-power function that gives an additional power surge in order to ensure that the ingredients evenly blend at any speed setting. The Sunbeam MixMaster stand mixer has a non-skid rubber for stability while operation. You can easily remove its head in order to easily clean and store it.

The Sunbeam MixMaster stand mixer also comes with two glass bowls of 2-quart and 4-quart capacities. Additionally, you get a user manual with recipes through which you can know how to make different things at your home.

You can use this stand mixer for anything, ranging from regular tasks such as making pizza dough for preparing homemade pizzas to occasional tasks like mixing pancake batter. You can also make cakes, frostings, cookies, pumpkin pie with whipped cream, or other such things in just a few minutes. 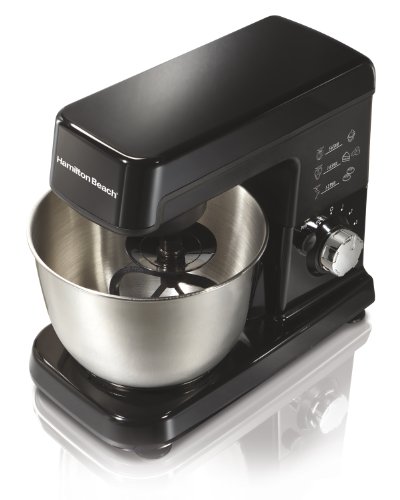 This stand mixer’s hands-free planetary mixing action spins the mixing head, which allows it to rotate completely inside the bowl without you stopping and scrapping the ingredients from the bowl’s side. This mixes the ingredients in the bowl in a more efficient way as compared to traditional stand mixers with 2 beaters. The bowl that comes with this stand mixer is made of stainless steel and is 3.5 quart in capacity.

All the attachments that come with the Hamilton Beach 6-Speed stand mixer, along with the mixing bowl, can be washed in a dishwasher as they all are dishwasher safe.

The mixing head of the Hamilton Beach stand mixer can be locked down in order to ensure thorough mixing. The splatter shield of the Hamilton Beach 6-Speed stand mixer guards against messy drops, spills, and drips. It boasts six different speed settings, in addition to a special fold setting, which gives you precise control and maximum flexibility at every speed setting.

Furthermore, the Hamilton Beach 6-Speed stand mixer features nonslip feet, which keeps it at one position while you operate it. This stand mixer has a tilt-up head design that lifts up in order to give easy access to the bowl. This way you can easily as well as quickly add the ingredients of your recipe to the bowl.

You can make a wide array of foods with the Hamilton Beach stand mixer, ranging from sticky bready dough to airy and light egg whites and the thickest cookie dough. 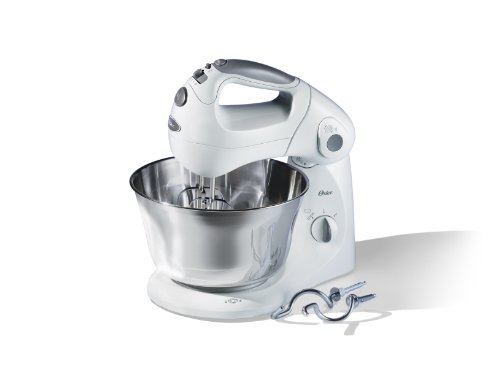 So, these are the three stand mixers that are quite powerful, yet are offered at an affordable price. You can pick any of these three inexpensive stand mixers and fulfill your dream of making breads, pastas, and other such foods at your home.